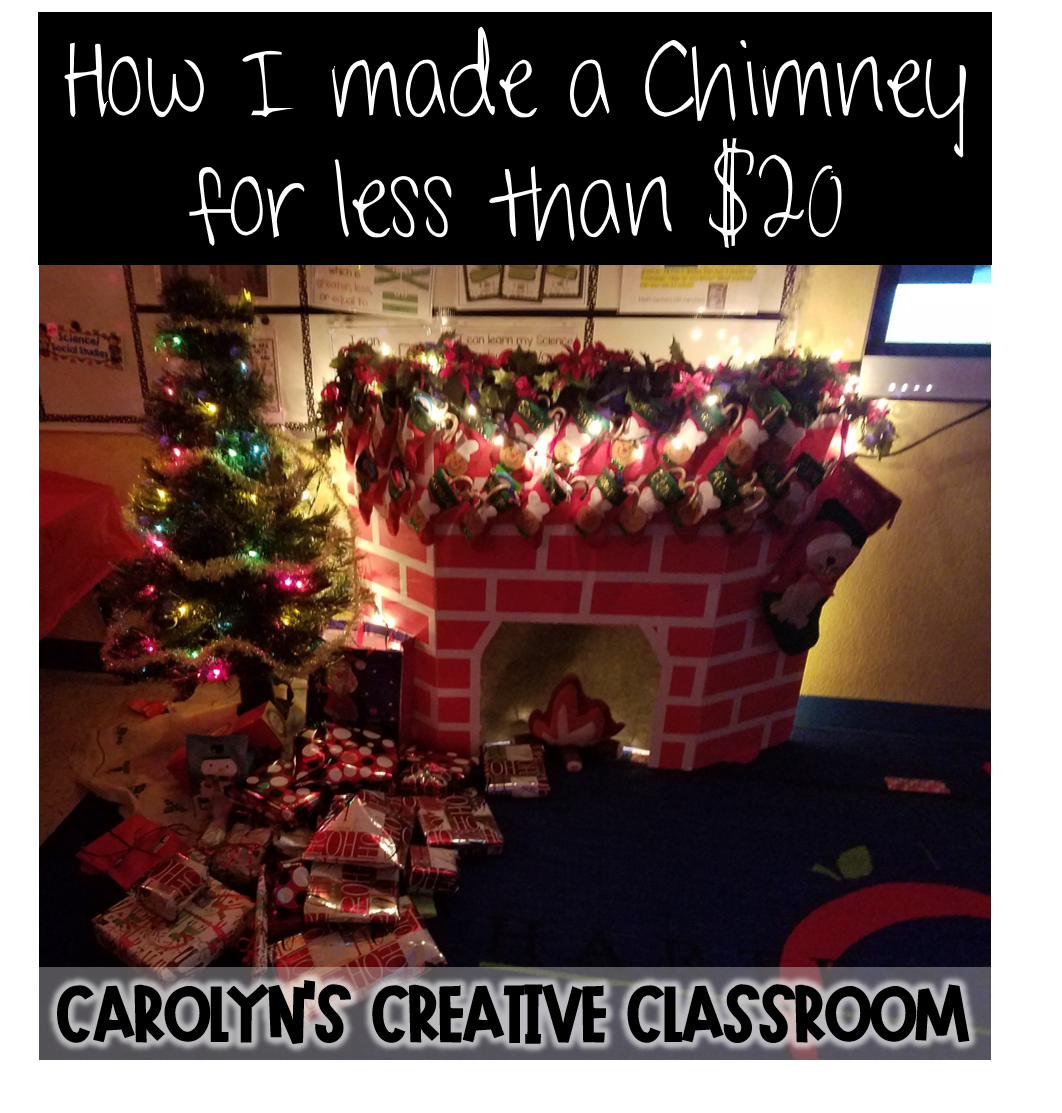 Every year, I (our Elf) will give presents to my students for Christmas. Two years ago, I decided to make a chimney for the stockings. I had leftover cardboard from a failed Pinterest idea on making a Gingerbread house! HAHA

I cut construction paper (orange, red, and brown) into rectangles and glued them down on the cardboard to give the effect of a chimney. It was so stinkin’ CUTE!! However, it took about 5 hours (or more) to make from start to finish! Then, during our Winter Break, I left the chimney in the car and NEVER took it out. Needless to say, in the Florida hot sun, it faded. It was ruined. I vowed that the following year I would make the chimney again but it would be cheap and easier to make!!

I purchased all my materials at Wal-Mart, Target, and the Dollar Store. I bought the science board, painters tape, 25 small command hooks, red and orange spray paint at Wal-mart. I had black acrylic paint, measuring tape, and garland laying around my house. I added lights to the chimney as well. I picked up the stockings at the Dollar Store and used sparkly glitter glue to put my student’s names on them.

When I went to Target I found the cutest fake fire! It was the finishing touch!

Be the first to reply

This site uses Akismet to reduce spam. Learn how your comment data is processed.